Ah, Bitcoin Casino Scams. Isn’t it strange that there exists places where you can put your money (crypto) into, with no way to ensure that they won’t run away with your coins except absolute trust and faith?

For every surviving Bitcoin Casino out there that’s been around for three years or longer, there are scores more that have run away with players’ balances, taking advantage of the pseudo-anonymous and non-reversible features of Bitcoin.

Here are some of the infamous purported Bitcoin Casino scams, proven or otherwise, over the last few years.

2014 was an exciting year which saw hundreds of Bitcoin Casinos spring up, particularly simple dice sites which let players place hundreds and thousands of bets quickly, trying to turn up profit on variations of martingale. Dice.Ninja was one of these, and with the option to invest in the house bankroll, thousands of players participated.

The admin was attentive, responsive, and offered all kinds of promotions on what was a unique site with a unique name.

However, in less than two months after its launch in August 2014, the site owner decided to close shop, taking with him more than 2,000 BTC of investors funds. People started noticing when the cold wallet funds were moved without warning, the site and social media went offline in early October. But by the time they did, it was too late.

999Dice – One accusation of possible scam

999Dice is one of the early examples of a typical Bitcoin dice site focused on one thing and one thing only – dice. It’s also a site with the lowest house edge available anywhere: 0.1% (hence, the name 999 or 99.9% fair outcome).

While the site is still very popular today, with close to 100 million registered users and almost 3 million BTC wagered, there has never actually been a proven scam here.

However, in early 2015, a “whale” gambler by the name of keepinquiet posted evidence in bitcointalk which showed that 999Dice’s provably fair mechanism was only useful if players requested the server seed (used to calculate outcomes to make it provably fair) manually before each bet. The gambler was also paid out in full but banned by 999Dice, with a warning that any future winnings would be confiscated.

Today, this feature is fixed and the server seed is shown automatically before every bet.

Whether or not a scam actually took place at BetCoin depends on how you look at it, although much evidence has been given that proves that at least some of the moderators/operators at BetCoin were dishonest about some claims. They have always responded to these accusations, sometimes with valid justifications and sometimes with not, so depending on which side you agree on, you might agree that they’ve tried to cheat or you might feel that they made honest mistakes.

One of the incidents was when some players noticed increased rakebakes/fees being taken for poker bad beat jackpots for some months from March 2015. The claim is that terms for this service were only published retroactively by BetCoin (which they deny). Knowing that it was an issue anyway, BetCoin ran a 10BTC Freeroll Tourney funded from the bad beat jackpot.

In summary, they were accused of trying to return the unfairly claimed fees by using it to fund a freeroll tournament. They have admitted to mistakes being made because of their inexperience but stopped short of admitting to knowingly doing it.

The other incident was when a player hit a winning slot spin that should have won him the Jackpot. However, Betcoin and the slot provider (Betsoft) judged that since he won it from a bonus spin, he didn’t qualify for the Jackpot. This stipulation, however, was nowhere found in Terms and Conditions at the time. Eventually, a settlement was reached and the player himself has requested that the issue not be used to determine if BetCoin was bad or good – he still continues to play there today. 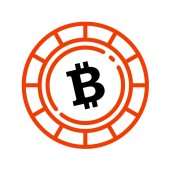 What is Provably Fair and How Does It Work