As tough as it may seem for Bitcoin to convince the largely conservative world of conventional finance, it may be even tougher for Bitcoin gambling. It was difficult enough to convince casinos that the Internet was their next big arena, but telling them to use cryptocurrency? That’s still a big ask, despite the number of Bitcoin casinos popping up every day.

Gamblers too are risk takers, that’s a given bet. But with the seemingly high failure or scam rates of Bitcoin casinos, can gamblers still embrace Bitcoin gambling?

How to distinguish “legit” Bitcoin casinos?

It might seem like a scary jungle of scammers out there when it comes to choosing a Bitcoin casino with a licence. Just google a casino’s name with the keyword “scam” and you’ll find all sorts of accusations, suspicions and complaints about almost any Bitcoin casino out there. This doesn’t mean to say there aren’t any (relatively) safe places to wager your coin!

The key here is to read into some of these comments, study independent reviews like ours, and use a bit of common sense. Some accusations are baseless, others are just rantings from disgruntled users who lost their head betting, but of course, some are legitimate complaints.

Here are some things a legit Bitcoin casino usually features:

Bitcoin gambling is still in its infancy, with the earliest known Bitcoin dice games appearing at least in 2012. But if the casino has survived more than three years, it has probably achieved some form of stability. It can benefit you with a mature platform, meaning fewer bugs and a better betting experience for you. Experience can also mean that the casino has knowledgeable staff and moderators (if there is a chat). This can make your settling in a smooth affair.

Don’t think that this will prevent a casino scam, however! PocketDice was one of the oldest Bitcoin dice games online, running successfully for over three years. Then it suddenly disappeared with gamblers’ deposits in July 2017

Look around the Internet and forums for independent reviews about the casino and see what others are saying about them. In general, when users and reviewers have a bad experience, they will be quick to alert them, especially on forums. However, don’t rely too much on reviews as a lot of sites will want to promote their affiliate links, so they can earn from your wagers.

We feel that an active community, which includes players, supporters and staff or moderators, is a strong indication of a legit Bitcoin gambling site. Why? It shows that the owners or operators care about their casino and are genuinely involved with their player base. If a casino has been around for years and has no complaints. But has near zero updates on social media nor an active community? It could be just a dead site waiting for the odd hapless visitor to deposit some Bitcoin.

A license usually means that the casino has submitted to regulatory checks and audits of its gambling software and fairness. Usually. But this is only true when the license comes from a strict jurisdiction such as the UK Gambling Commission. If the license were to come from Costa Rica, for example, don’t expect the Costa Rican government to bang down the doors of the casino if it decides to scam. There are plenty of so-called licensed Bitcoin casinos that have spirited off customer funds.

Despite all the reasons that a casino might have to keep on running: profitable enterprise, success or even reputation, there’s really very little to stop a Bitcoin casino from suddenly turning scam overnight. This is especially true for unregulated crypto-only casinos. These have owners who are likely anonymous and can move out funds almost instantly. Within days, a scam casino can become near untraceable.

In otherwords, there is no such thing as a Bitcoin casino that will guarantee the safety and security of your funds. This doesn’t mean you shouldn’t go out there and have fun, though! There are a few good, legit Bitcoin gambling sites out there. Just never risk everything and always do your own research. 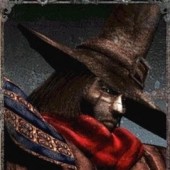 A relic of the 90s Internet era, Sojourner has been plying his writing trade for more than 25 years across a diverse range of disciplines. Professionally a non-profit development project manager with a focus on accountability and performance, Sojourner has also been an analyst and journalist in Asia, Africa and Europe. He continues to freelance in creative writing and has a new-found interest in all things "crypto".